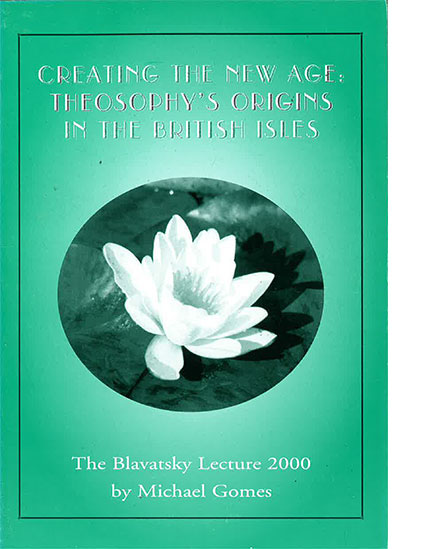 Creating the New Age: Theosophy’s Origins in the British Isles

To understand, the Society’s achievements, it must be put into the context of how the early Theosophists saw their place in history. H.P. Blavatsky stated that during the last quarter of every hundred years an attempt is made by those ‘Masters’ to help on the spiritual progress of Humanity. Some one or more persons have appeared in the world as their agents, and a greater or less amount of occult knowledge and teaching given out. Similar attempts to enlighten the West were made since the time of the Tibetan reformer Tsong-Kha-pa. A unifying theme of these movements was the elevation of the individual as the master of his destiny.  Partial List of Contents: Recollections of Spiritualistic Investigations/Letter from H S Olcott/Instructions to the British TS/Rules of the British TS/Letter from HPB/Eastern School of Theosophy