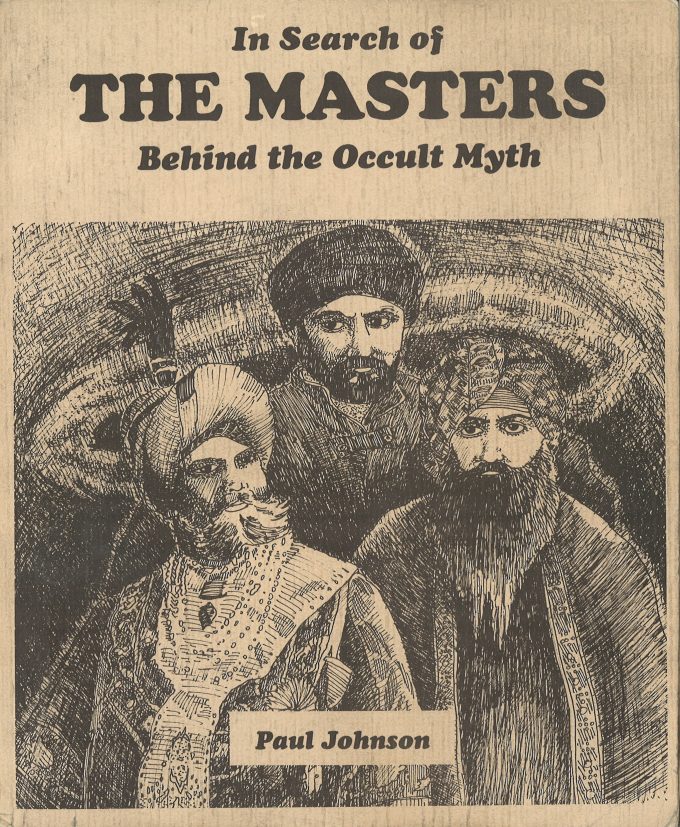 In Search of the Masters: Behind the Occult Myth

1st printing, later published as ‘The Masters Revealed’. As the author states: ‘The modern Theosophical movement is based on teachings which [HPB] claimed to have derived from living men she called adepts, Masters or Mahatmas…. The research on which this book is based was the result of a growing dissatisfaction with the available literature on the subject of HPB and her Masters. After eight years of study … I was convinced that HPB had neither invented the Mahatmas nor told much of the truth about them.’

The Masters Revealed: The Karma of Koot Hoomi/ Dalip Singh’s Last Hope/ Masks of the Masters/ In Search of Truth