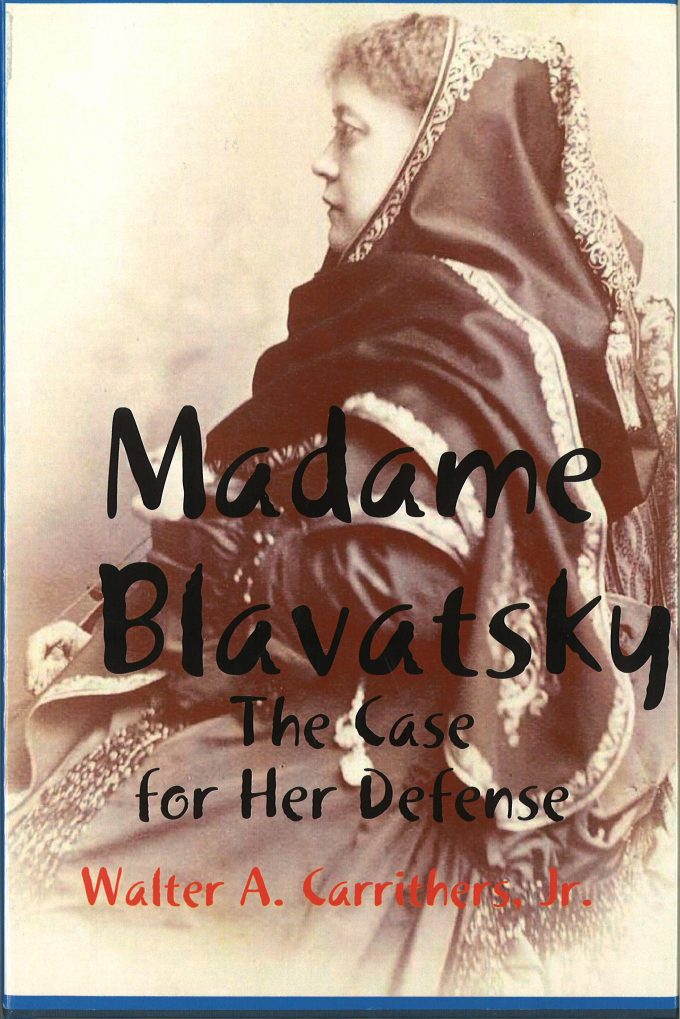 Madame Blavatsky: the case for her defence

After years spent travelling the world in pursuit of the mysteries of Asiatic Magic & Occultism, Madame Blavatsky founded the Theosophical Society in 1875. She subsequently authored definitive texts such as The Secret Doctrine & much more. She was surrounded by wonders – strange voices & apparitions of her teachers, The Mahatmas, attended her coming & going, & objects were materialised at her command. In 1884 the Society for Psychical Research – which Madame Blavatsky characteristically dubbed ‘the Spookical Research Society’ – appointed a committee to investigate the phenomena associated with the new movement. This report branded Blavatsky a fraud, and the occultism of the Theosophical movement fake. Walter Carrithers’ posthumously published work demolishes the Hidgson report on its own terms, especially through an analysis of the Blavatsky-Coulomb letters, and letters received from the Mahatmas.

Walter Carrithers was the real name of ‘Adlai E Waterman’, whose ‘Obituary: The Hodgson Report’ was published by TPH