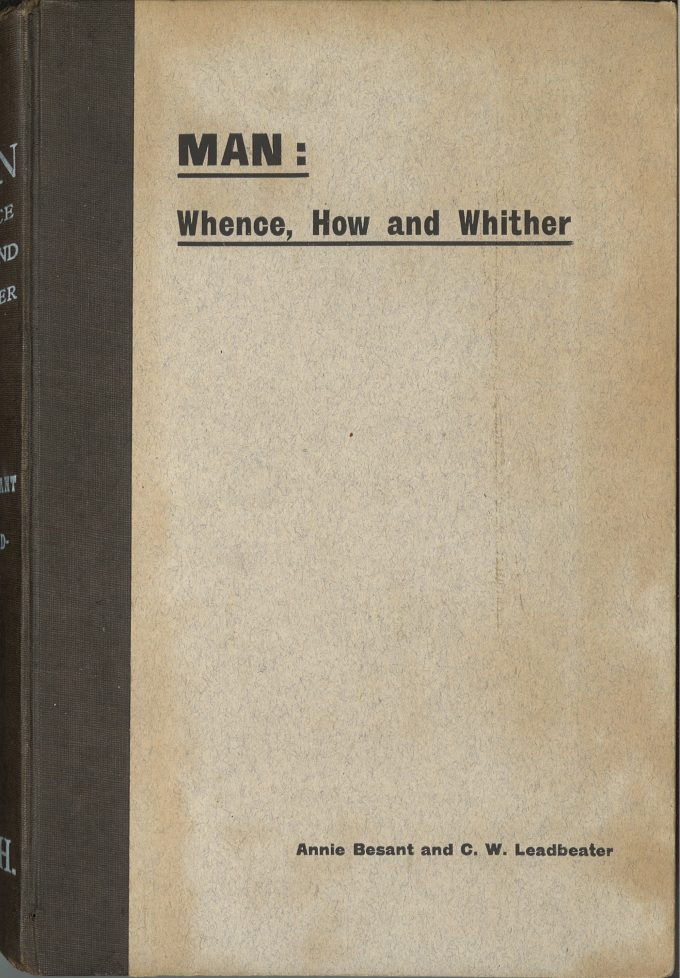 Man: Whence, How & Whither

A Record of Clairvoyant Observation

“Metaphysicains… declare that Past, Present, and Future are ever simultaneously existent in the divine Consciousness, and are only successive as they come into manifestation…Pursuing this line of thought , it is not difficult to conceive of a mind raised to transcendent power…a LOGOS… containing within itself all the mental images embodied in … a Solar System, arranged in the order of succession of their proposed manifestation [and] all capable of review…”

Covers the Moon Chain, Black Magic in Atlantis, Fifth Root Race and its sub-races, Occult Government of the World, future developments. This example of psychic investigation was key in unfolding the idea of a ‘Band of Servers’ and their inter-blended work/ the role of the TS that was put forward during the Krishnamurti episode. As such, it contains a character key which names the individuals presented (using star & Greek names) in this account of past and future lives. Later reprints were slightly redacted, and more coy about the names of the cast of characters.