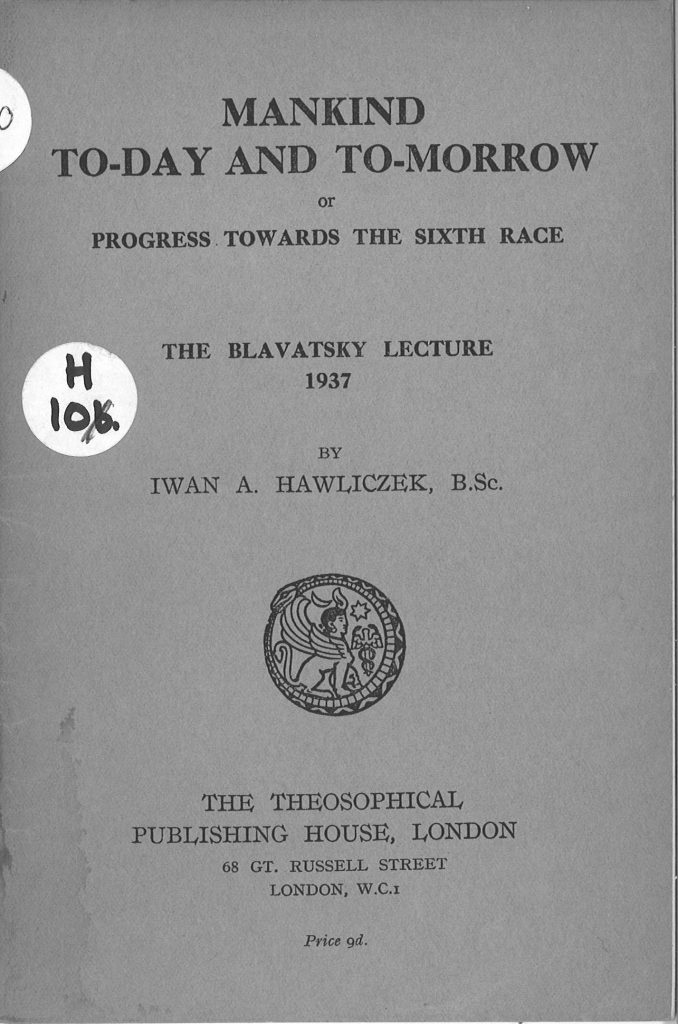 Mankind To-Day & To-Morrow or progress towards the sixth race

“The Indo-European population of the world is described theosophically as belonging to the Fifth Root-Race. A number of major subdivisions are recognised – five, with an incipient sixth – each comprising a group of related national types. But to understand the reality of a Root-Race much more than mere superficial classification is required. One must endeavour to enter into the causative forces of human life in their spiritual essence in order to perceive the reason for the existence of such a Race…Behind each Root-Race stand the Eternal Monads of those humans whose stage of unfoldment compels to fashion that mode of experience.” “Climatic changes are also taking place. The old-fashioned December is now only to be found on Christmas cards so far as western Europe is concerned, while the climate of north America is said to be becoming increasingly extreme…”

The author draws upon a wide range of themes, including the Rays & The Occult Hierarchy, to explore his topic.