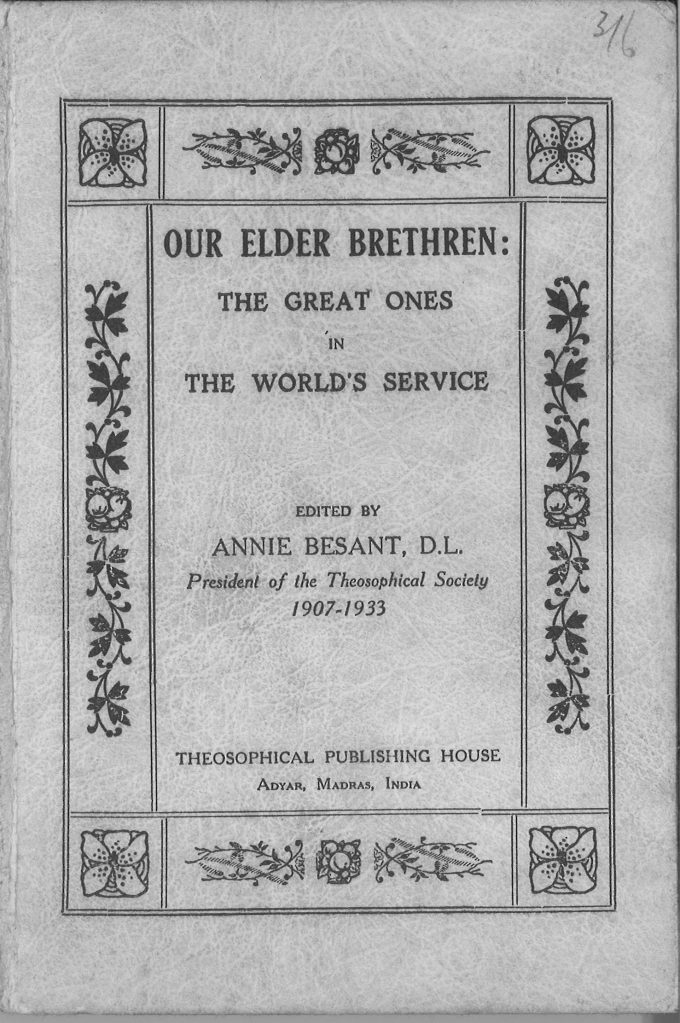 The Great One’s in the World’s Service

Scarce collection of articles originally appearing in The Young Citizen during the early 1920’s. Besant explains that her efforts are ‘an attempt to convey in words a faint reflection of the beauty and the splendor of the Great Servants of the World’. She views the world’s major religious, spiritual and philosophical teachers through the lens of her belief that they were all members of an Occult Hierarchy. Individuals covered include Shankaracharya, Buddha, Tehuti, Krishna, the Christ, Manu, Rishi Agastya, Muhammad, Bruno…