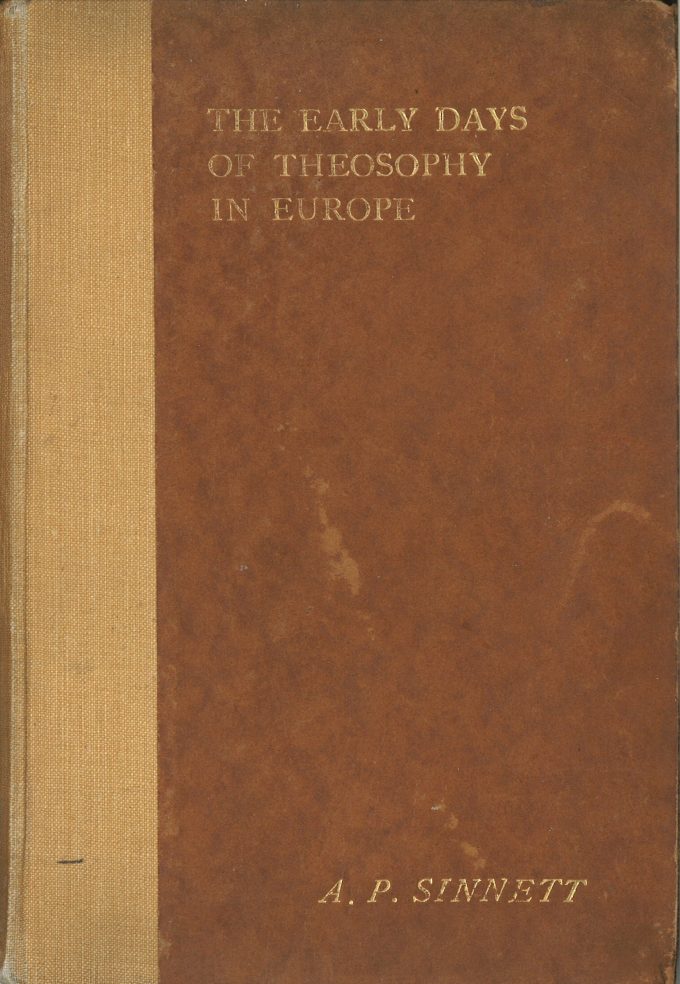 The Early Days of Theosophy in Europe

This is Sinnett’s posthumously published account of the early years of the Theosophical Society, covering (despite the title) the arrival of the founders in India. Sinnett was directly involved in the events related; his testimony – and frank assessment of Madame Blavatsky – caused controversy in some quarters on the books first (and only) TS publication. He was of course the recipient of the ‘Mahatma Letters’ written by HPB’s Teachers. He describes his approach to his theme thus: “No record could truly be called a History of the Theosophical Society if it concerned itself merely with events taking shape upon the physical plane of life. From the first such events have been the result of activities on a higher plane; of steps taken by unseen Powers presiding over human evolution…”.