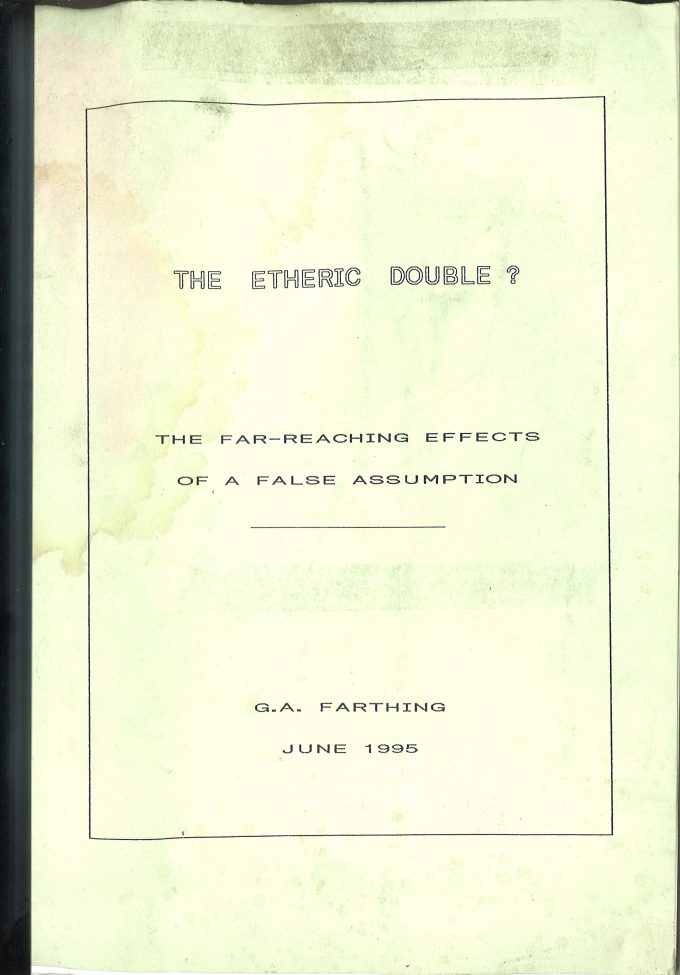 The Etheric Double? The Far-Reaching Effects of a False Assumption

HPB made the point that analogy was the key to understanding her system. In this paper Geoffrey Farthing contrast HPB’s division of principles & planes of subtle matter with later versions, and suggests that the received wisdom about the status of the etheric body has some unfortunate implications. Some Areas of Difference/ Leadbeater’s ‘Etheric’ States of Matter/ Tattvas & Corresponding States of Matter/ Sub-Atomic States of Matter/ Established Terminology/ Besant’s Terminology/ Principles & Planes/ Further Differences between the Systems/ Man’s Constitution as Principles & Aspects/ After Death, & Summary.