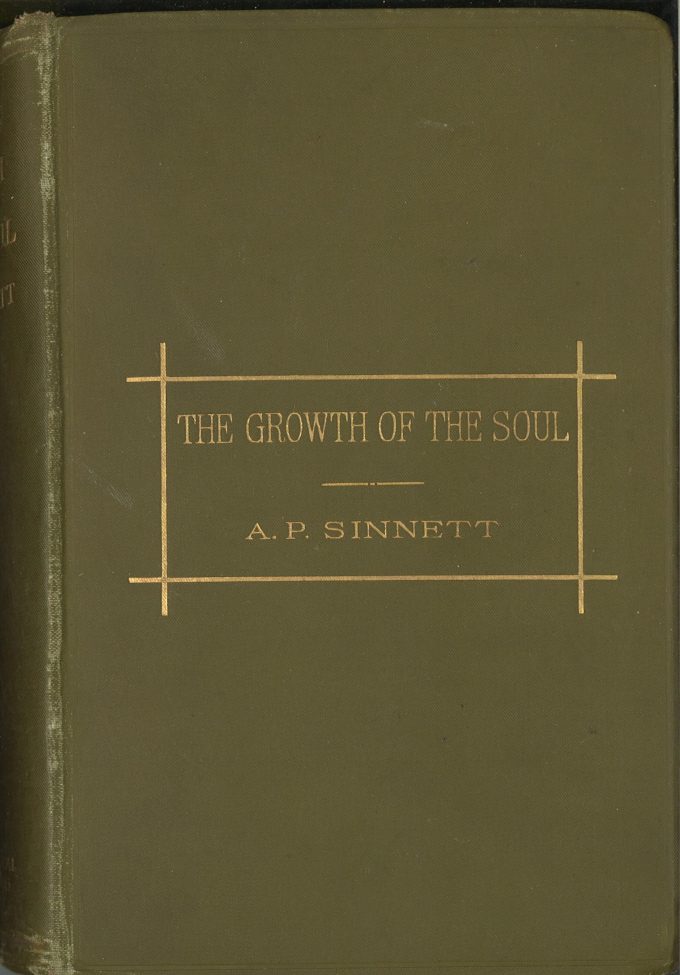 The Growth of the Soul a sequel to ‘Esoteric Buddhism’

Sinnett was an early recipeint of Mahatma Letters, and he summarised their teaching in his book ‘Esoteric Buddhism’. Here, some years after the initial contact instituted by Madame Blavatsky, he summarises his later researches. Some, at  least, of this later information had been received through the offices of Mr Leadbeater and other leading theosophical students in the London scene.

Fair condition given its age, some spotting, bumping to spine, tape marks to endpapers where it has presumably been covered in the past, owners inscription to fep, cracked.