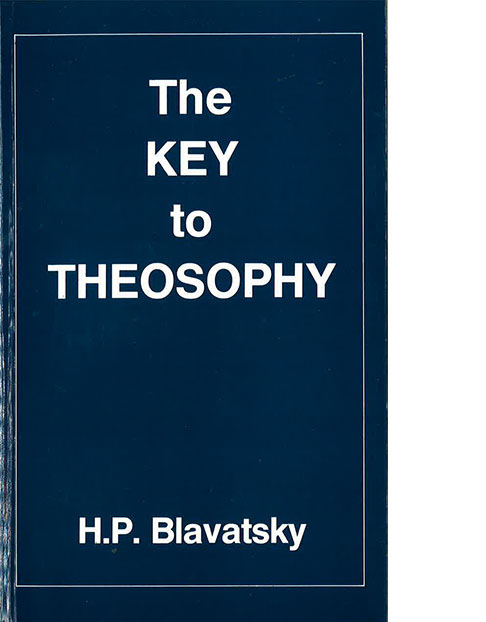 The Key to Theosophy

“The purpose of this book is exactly expressed in its title, and needs but few words of explanation. It is not a complete or exhaustive text-book of Theosophy, but only a key to unlock the door that leads to the deeper study. It traces the broad outlines of the Wisdom Religion, and explains its fundamental principles; meeting, at the same time, the various objections raised by the average western enquirer, and endeavouring to present unfamiliar concepts in a form as simple and in language as clear as possible. That it should succeed in making Theosophy intelligible without mental effort on the part of the reader would be too much to expect; but it is hoped that the obscurity still left is of the thought not of the language, is due to depth not to confusion. To the mentally lazy or obtuse, Theosophy must remain a riddle; for in the world mental as in the world spiritual each man must progress by his own efforts.” Partial List of Contents: Exoteric and Esoteric Theosophy/ Theosophical Teachings as to Nature and Man/ On the Various Post-Mortem States/ The “Theosophical Mahatmas”.