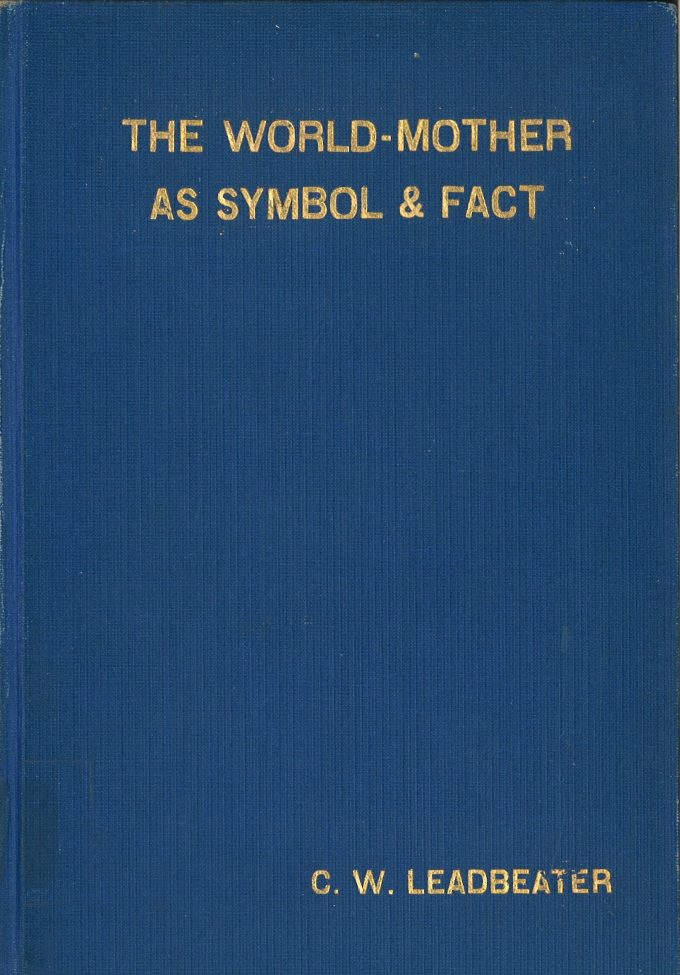 The World-Mother as Symbol & Fact

‘The World-Mother … is a mighty Being who is at t he head of a great department of the … government of the world. She is in truth a mighty Angel … Let it suffice for the moment to say that in a very real sense all the women of the world are under Her charge, and most especially so … when they are exercising the supreme function given to them by God, and thus becoming mothers in very deed.’

The Teaching about this less well-known aspect of the Occult Hierarchy was inaugurated in 1928, when the World Teacher movement was nearing it’s (anti-) climax. This first edition makes available what information we have on this recondite subject.