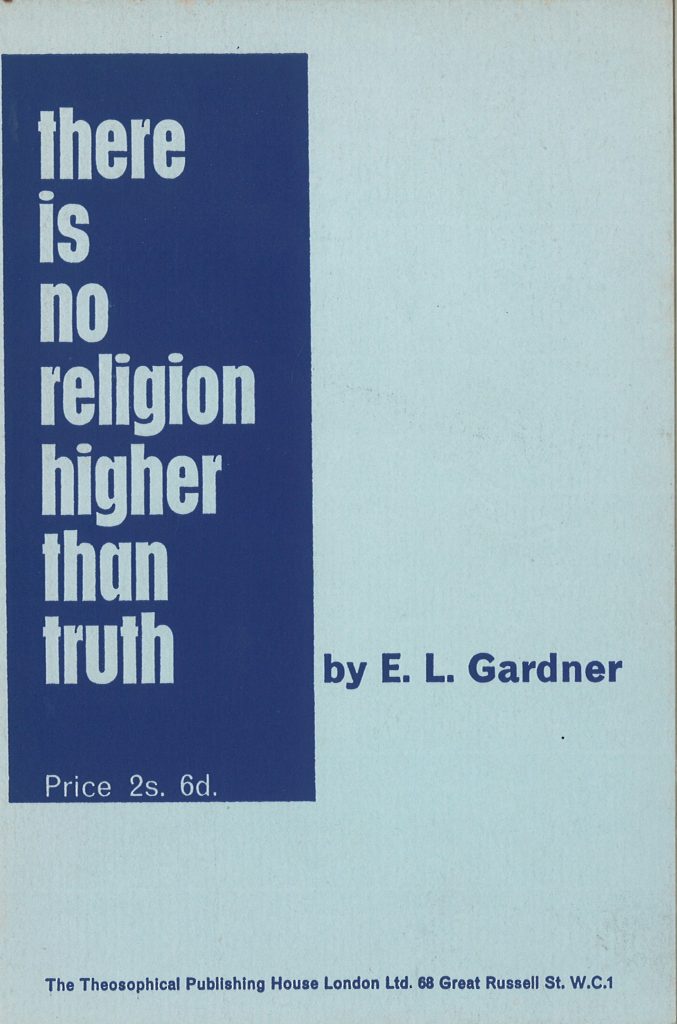 There is No Religion Higher Than Truth

Developments in The Theosophical Society

Gardner examines the claim by Besant & Leadbeater that the early twentieth century would see the Coming of a World Teacher. He argues that the movement was instigated primarily by Mr Leadbeater, and that his beliefs on this question – and his account of clairvoyant contact with the Masters who founded the Theosophical Movement – were distorted by what he refers to as ‘unconscious kriyashakti’. This is more than unconscious bias – Gardner’s short account touches on Mind & Memory, Mental Automatism, Visualisation, Master & Chela and the Skandhas, among other topics. His conclusion is, whatever the errors of the past, ‘The Ancient Wisdom Stands’.